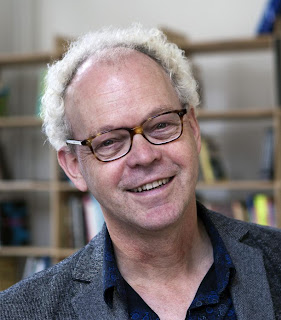 In Zulu crush, which he terms a “biographical novel”, Roel Twijnstra shows the capacity that makes him such a good director and dramaturge. He also reveals that he has strong writing skills in a story where personal memories are laid bare.

The story is written from the point of view of The Man – we never learn his name –as he describes his meeting with Zandile, a shy and humble actress with a mysterious air who is involved in one of his South African theatre projects. This is an open air production with a company of 26 which deals with the issue of trying to stop the flow of schoolchildren to Johannesburg’s city centre of from its surrounding townships.

While on this touring circuit, Zandile comes into The Man’s room one evening, declaring her love for him. They consummate their relationship which is initially very loving and inseparable to the point where Zandile and her young son Thabo decide to follow him to the Netherlands.

The Man is exposed to township life and the workings of a family led by a strong matriarchal figure in the form of Zandile’s grandmother. Family and friends remind them that the cross-cultural differences may prove insurmountable. However, they feel that their love for each other will conquer all. The Man remains constant to his love and entrenches his desire to protect her.

There are stumbling blocks such as transferring temporary permits to permanent ones and unfriendly civil servants who misread the fact that Zandile acts and dances for a theatre company as something more licentious. Things are done very differently in the Netherlands and Zandile has trouble adjusting. Thabo settles immediately and is speaking Dutch before long. Sadly, things go dreadfully wrong and Zandile develops a psychosis and requires regular medication. This puts a huge strain on those who love and care for her. Eventually the relationship is stretched to the point when Zandile demands to come home to South Africa and things get even more complicated.

A successful director needs to extract every dramatic nuance from his actors, particularly if the material is of an emotional or sensitive nature. While obviously drawing on his own experience through the relationship on which this story is based, Roel Twijnstra describes the process in the same way that he would explain such emotions to his actors.

It is seldom that a man is able to be so articulate when it comes to feelings. He writes candidly about having to handle a situation where your loved one turns into a stranger whose behaviour becomes inexplicable and almost impossible to handle. There is a graphic description of a racial incident and a beautifully written section about the death of his father.

Zulu crush gives an insight to the excellent work that Roel is doing both in the Netherlands and further afield around the world as well as in South Africa through the Het Waterhuis theatre group and the Twist project.